In this series of six tapestries, woven between 2006 and 2009, I explore the effects of different tapestry weaving techniques.

As weft yarns, I used un-dyed, boiled Shappe-silk, a somewhat inelastic material with a nice sheen, which enhances any unevenness in the surface of the weave. In slanting light, these little uneven structures cast subtle shadows onto the off-white background. The changing pattern of these shadows is particularly enjoyable when one moves slowly past the hanging tapestry.

All six tapestries measure 65 x 65cm and are woven in excess to allow the fabric to flow around the corners when mounted onto lightwood. 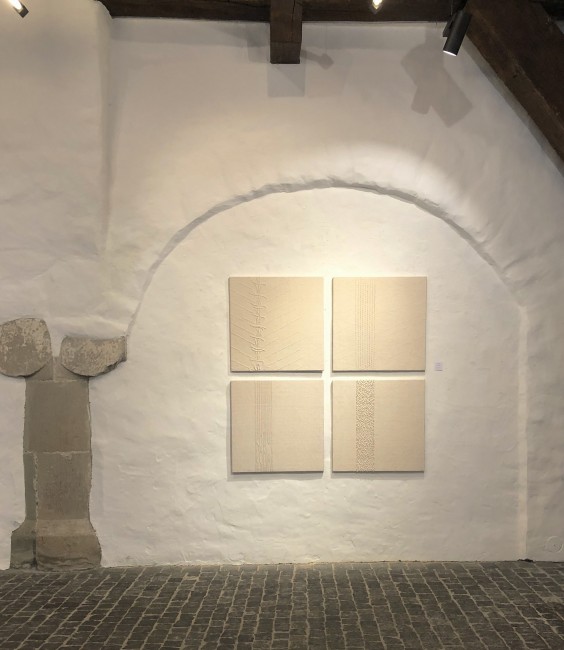 White with Shadows I 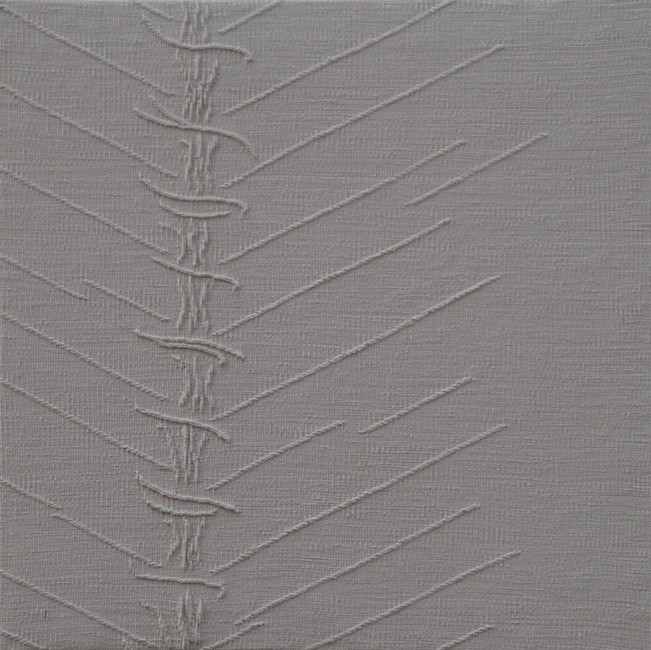 This piece of work combines free wrapping techniques in the vertical stripe with the so called "Raised Outline Technique" as employed in some North American Indian villages. In their rug weaving, the lines between two adjacent color areas are thus accentuated by a double ridge showing the two colors involved. 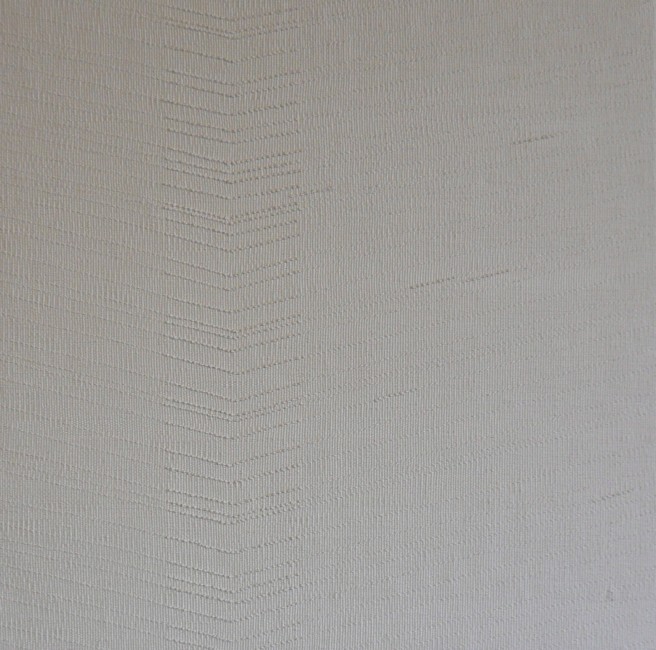 The suface of this tapestry is structured by a regular array of meeting points between interlocking wefts. Within a vertical stripe, interlocking is performed in a purposely faulty manner, so as to produce little knots which cast more pronounced shadows than the correctly interlocking wefts do. 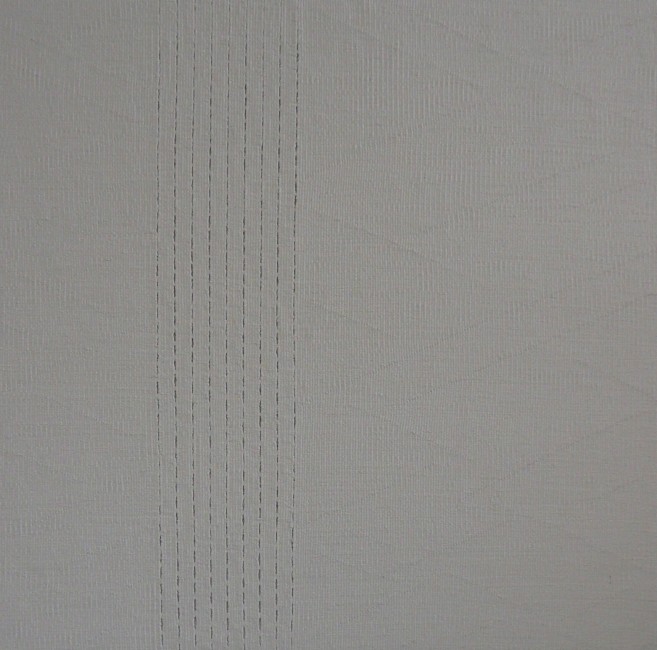 This picture is structured by a regular array of meeting points between non-interlocking wefts. In a vertical stripe, these meeting points are placed directly above one another, which leads to the formation of small slits, like they are found between areas of different colors in Kelim tapestries. 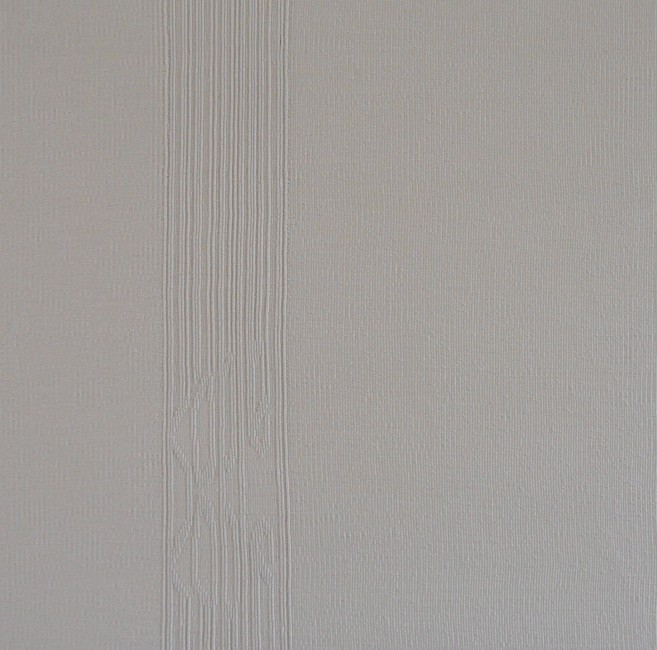 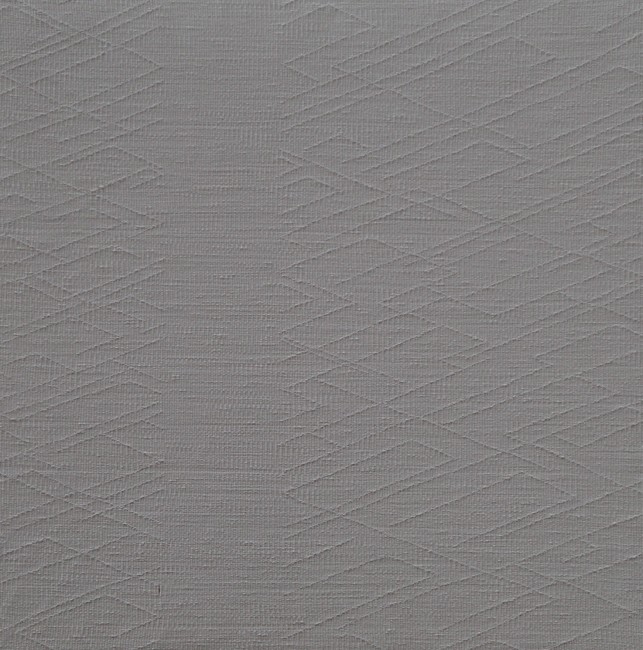 This tapestry shows a criss-cross of so called "Lazy Lines", a weaving technique employed by Navajo weavers to facilitate weaving broad areas of just one color. Wefts interlock at their meeting points, and the meeting poins are shifted by one warp end to the right or left in each row. 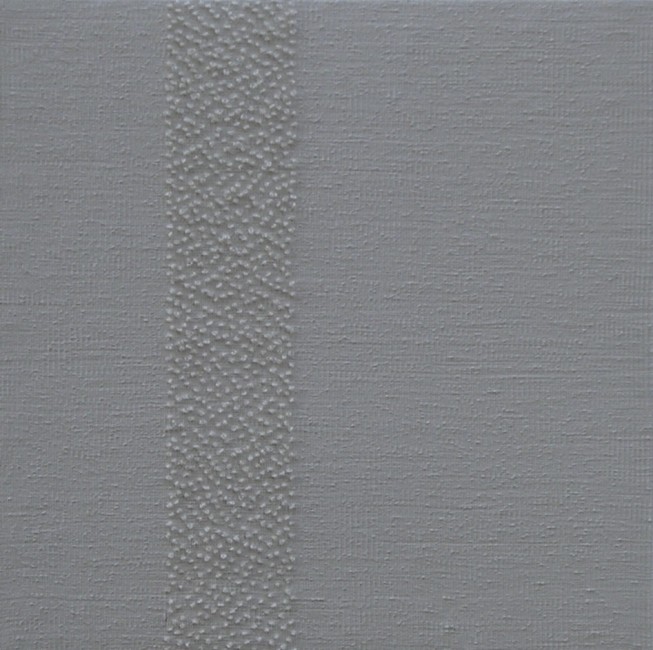 In this tapestry, neighbouring wefts interlock and their meeting points are randomly spaced. The vertical stripe is woven in a loop technique: Individual wefts are made to leave their ordinary plane of weave between two neighboring warp ends, in order to form little loops on the surface of the tapestry.